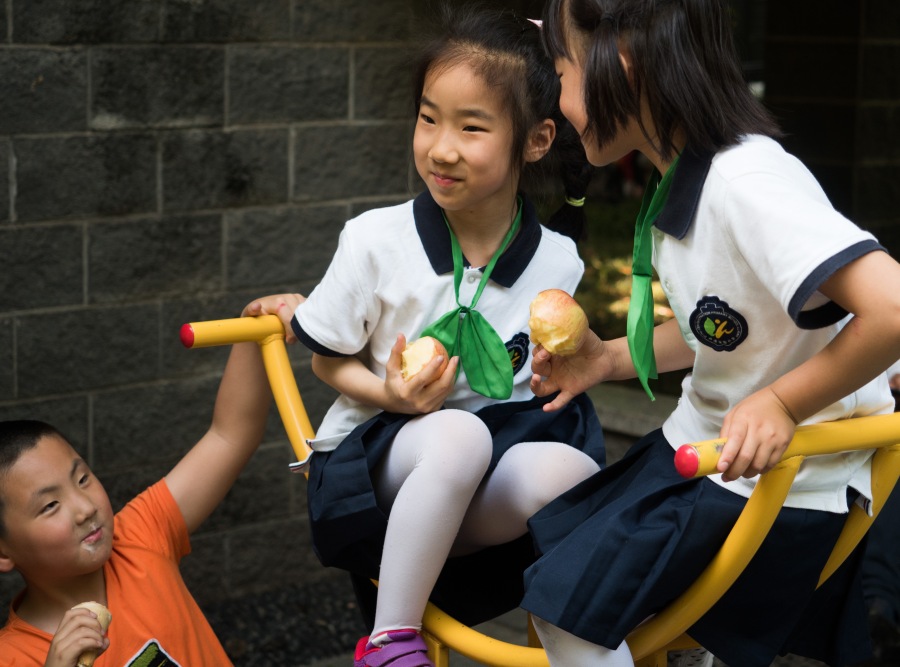 This is of a group of kids, playing in a park as their parents looked on. I am guessing school was out for the day. I had wondered into the park as I was initially interested in a couple of old people sitting in the bench. In China, parks are great for getting pictures of people practicing their Tai Chi, dancing, or even sword play (try doing that on Hyde Park corner without being shot). Naturally parks are also a place where children play.

Being able to take photographs of children has been a special part of my time in Shanghai. Can you imagine doing this in London or anywhere else in Europe? You would quickly be chased away, and in some cases, I suspect arrested. After taking this photo I noticed the parent (or grandparent) watching me, I nodded, smiled and showed the photo. There was no suspicion, or animosity.  On my walks around Shanghai, photographing children has been a way that will open up a family to the possibility of being photographed. The child is the centre of the family and most parents are happy, or even encourage you to take photos.

In the West, we read about curtailed freedoms in China (some of which are fair points!). However, as a photographer I have had the freedom to photograph children in parks, I can set my tripod up in the middle of major cities and I can wonder around dark back alleys, seeking grungy scenes to capture and rarely feel concerned for my safety. I wonder how many other countries will allow that freedom?