I have had a couple of experiences this week that have made me think about how we capture images of people. The first incident related to the photo below, which I posted online in a public area. Someone commented that Muslim women do not like their picture taken and do not like their images published. Further to this I was asked if I had sought permission to take the image, and was a release form signed?

A release form is not required. I was also very close to the subject and felt she was comfortable with me continuing to take her photo. This was not a hurried shot.

Ethics and the Law

There are some issues here. Taking photos of people in public spaces is legal in India, however, if someone objects then you can end up in trouble. Secondly, I often ask if I can take someone’s photo, this is rarely done formally, I nod at my camera and see how the person responds. A alternative way to ‘ask’ permission is just to be very obvious about what you are doing, hang around an area, so people are aware you. If you use the method of ‘hanging around’, you soon get the message if photographers are not wanted. For me, candid is still king; there is nothing better than grabbing a photo and disappearing without leaving a trace. However, most of my candid photos are people going about their business and just ignoring me, which is just swell by my book. Finally, I use wide angle lenses for portraits; this means I am up close and personal when I take an image. Being close means a certain degree of interaction and it becomes clear if the subject objects to being photographed.

While I initially took the message attached to my post as ‘flaming’, the poster had legitimate issues that made me think and recheck the photography laws in India. Fortunately, I have found most people like having their photos taken, which can cause difficulties capturing candid photos. This brings me to my second image. 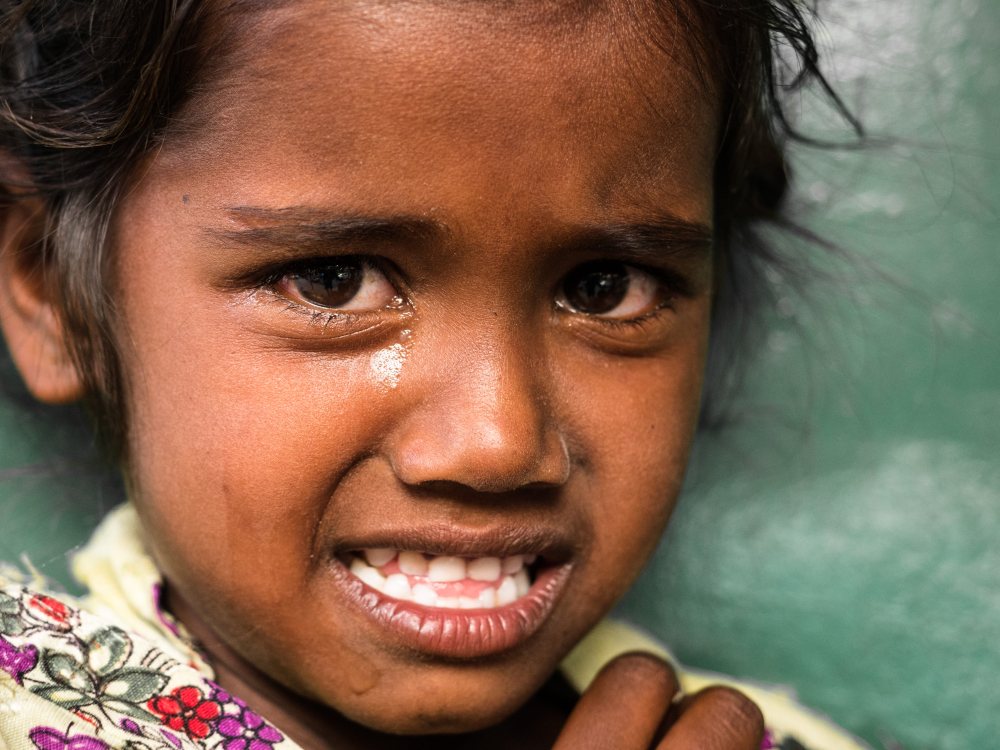 Not a photo I would usually take, but the results are interesting.

Anyone who has traveled with a camera in India will have heard the chant, ‘photo, photo.’ There are always groups of people keen to talk to a foreigner and to have their picture taken. Parents will often ask me to take photos of their children, which I invariably do (it would be rude not to!). However, often the child does not want their picture taken, which can create an awkward situation. Do I please the parent, or make it clear the child does not want their photo taken and walk away? As a rule, in this situation, I would never take a picture of the child. For some reason on this occasion I did take the pic, possibly as I had just snapped her smiling sister. While it is a photo where I broke my own rules, I am still pleased with the outcome.

Lately, I have been encouraging more interaction within the Street Photography community. I guess I should not be flustered with comments made about my work. I think we need to remember that Street Photography, while often thought out and planned, is sometimes spontaneous and this is perhaps my style of photography. Something looks good, and I snap it.

So, let’s interact, provide support and feedback. But also, let’s not be too judgemental. Remember a photo shows what has happened in a fraction of a second, we can only guess what occurred before and after.

← Consumers, Producers and Collaborators.
10 Reasons To Shoot in Colour →